Team Development and Board Review

No international sports team would be expected to perform at optimum level if they were simply sent out on the field together without any practice or team development first. Yet surprisingly this is often expected of business teams.

And despite the functioning of the top team having the most fundamental impact on how the organisation itself functions, top team development, performance management or board level review is rarely seen as an organisational learning priority.

But team building pays dividends and is not a recent phenomena – the Greeks and Romans recognised the benefits of their battle units engaging in exercises and activities off the battlefield that enabled relationships to be developed, strengths and weaknesses recognised, roles established, skills heightened and trust built so that in the heat of battle units functioned smoothly and work together.

We have been building teams in organisations for over 20 years, working with them both in and away from the workplace specifically to:

so that when they get back to the workplace they perform at a higher level.

The outdoors is the ideal medium for team development as it acts as a leveller where status, work expertise and operational knowledge become less important, and individual and team dynamics become more prominent. It also provides unique opportunities for leadership development.

Using the experiential learning cycle, The Beehive teambuilding process starts when teams are given a series of carefully chosen and unfamiliar activities and tasks to achieve that enables team process and climate to be made overt. The activities are followed by intensive review and reflection carefully facilitated so that clear links to workplace behaviours are made. Learning points are generalised into principles, and plans are made as to how to integrate new learning into the next activity, and back at work. Through this experiential learning process our facilitators model how to learn in the workplace, and make the learning sustainable by ensuring participants can take those principles back to work to continue the learning process.

Mark Sykes and Sara Lodge are both highly skilled in development training and experiential learning, and love using the outdoors as a medium for development.

There are many psychometric and personality tools that can be used to heighten team awareness, and provide a shared, low risk vocabulary to talk about difference and conflict. These are just some of the ones we use:

This provides an easy to grasp yet profound way of understanding diversity within and across teams, using fun activities that raise diversity in a non-threatening way - HBDI 'types' are easily recognisable in the workplace! It can be used with large groups of up to 120, and provides an opportunity to explore how different HBDI 'types' respond to change, how they think, what they need from managers and other team members. It offers a common, non-threatening vocabulary with which to talk about diversity back in the workplace.

The MBTI team profile illustrates how team might function by giving the team a 'type' based on the predominant preferences in the team, and helps team members become aware of how they may be perceived as a group by others in the organisation. It helps the team reflect on its communication style, the way it makes decisions, how much time might be spent on different functions and what the strengths and blindspots might be. It also helps individuals understand how they interact with the group if they are of a different type.

Try this simple  What? So what? Now what? model of organisational learning using our Beehive Team Effectiveness Questionnaire. Download and complete the questionnaire (What?), reflect on your answers (So what?) and then contact us for your free 60 min consultation (Now what?)!

Interdependency is the safety culture associated with the fewest accidents and injuries and is therefore the safest way of working - (ref research by Du Pont Du Pont Bradley Curve).Trust is the key interpersonal component of Interdependency - (ref Beehive/Bangor University research).

Trust is an attitude. To increase trust and therefore interdependency it is necessary to demonstrate you are worthy of trust by displaying trustworthy behaviours - (ref Beehive/Bangor research &Trustworthiness Elements)

If you demonstrate trustworthiness through the five elements, others are invited to reciprocate and therefore trust and interdependency builds. The five behaviours are:

The D2iP b.SAFE Leadership Programme is all about developing the five elements of trustworthy behaviour.

The D2iQ metric is about measuring where people are on the spectrum of reactive - interdependent behaviours and how their behaviour changes over time in response to development.

We’re passionate about coaching and mentoring.
For more information about our accredited programmes, coaching supervision and coaching services……

No international sports team would be expected to perform without practice yet this is often expected of teams in organisations.
For more information about how we can help you develop your teams….

There is growing recognition of the contribution to safety culture of non-technical training.
For more information about relational safety…..

Good management is something that you can DO well; leadership is more about who you ARE.
For more information about our development approaches …….

Check out how well your team functions using the Beehive Team Questionnaire:

When is team building most effective? When teams 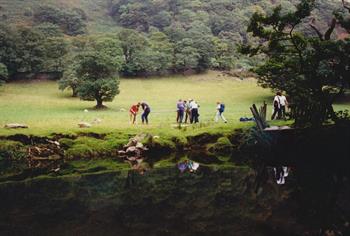 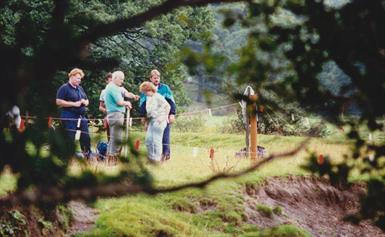 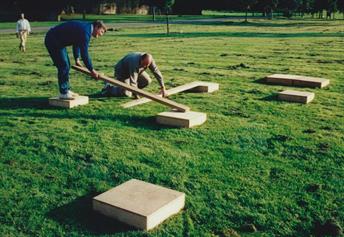